The EcoMobility World Festival kicks off in Kaohsiung 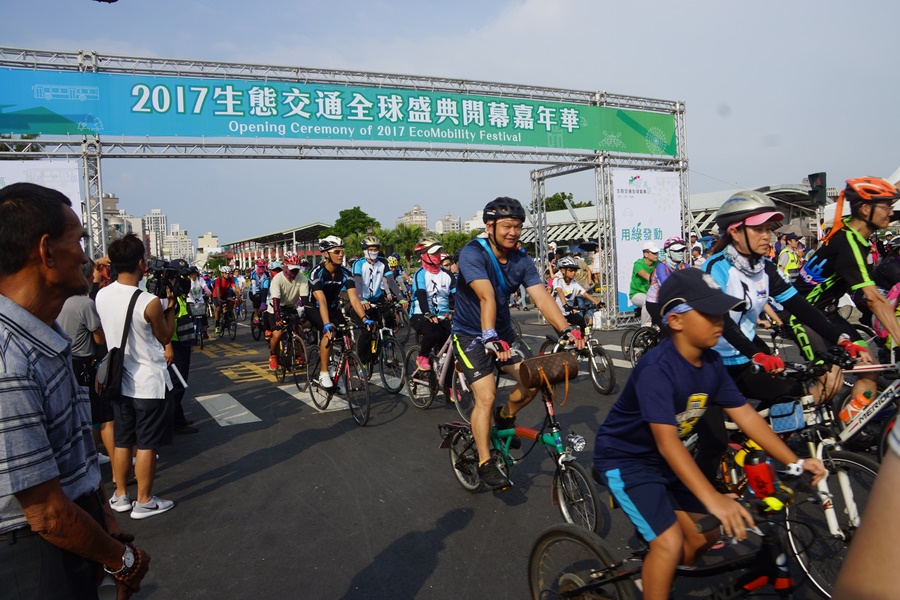 The official opening of the Ecomobility World Festival 2017 took place on Sunday 1 October in Kaohsiung, kicking off a month long celebration of EcoMobility.

The Festival will include workshops and cultural tours, events and performances. The highlight of the Festival will be the three-day EcoMobility World Congress, where leaders and technical experts from around the world will come together to discuss the future of urban mobility and sustainable transport.

The opening ceremony began with a celebratory parade through the streets of Hamasen, the historic neighborhood that plays host to the Festival. Hamasen is undertaking a month long experiment in EcoMobility by prioritizing sustainable, carbon free transport such as walking, cycling and electric vehicles. Through the Festival, the city of Kaohsiung is taking a bold step towards transforming their transportation culture.

During the opening ceremony, Mayor Chen Chu of Kaohsiung celebrated the transformation of the Hamasen neighborhood which took place in the last two years in order to host the Festival. Gino van Begin, Secretary General of ICLEI – Local Governments for Sustainability acknowledged the leadership shown by Mayor Chen and her commitment to sustainable transport. He also highlighted the important example set by Kaohsiung for other cities around the world in hosting this Festival.

Mayor Yeom Tae-Young of Suwon, the host city of the first EcoMobility World Festival in 2013, also celebrated the opening of this third EcoMobility Festival. He congratulated Mayor Chen on her leadership and expressed his hope for further collaboration and partnership between the two cities.

These remarks show the power of city to city collaboration and how cities can work together to build the future of sustainable urban transport.