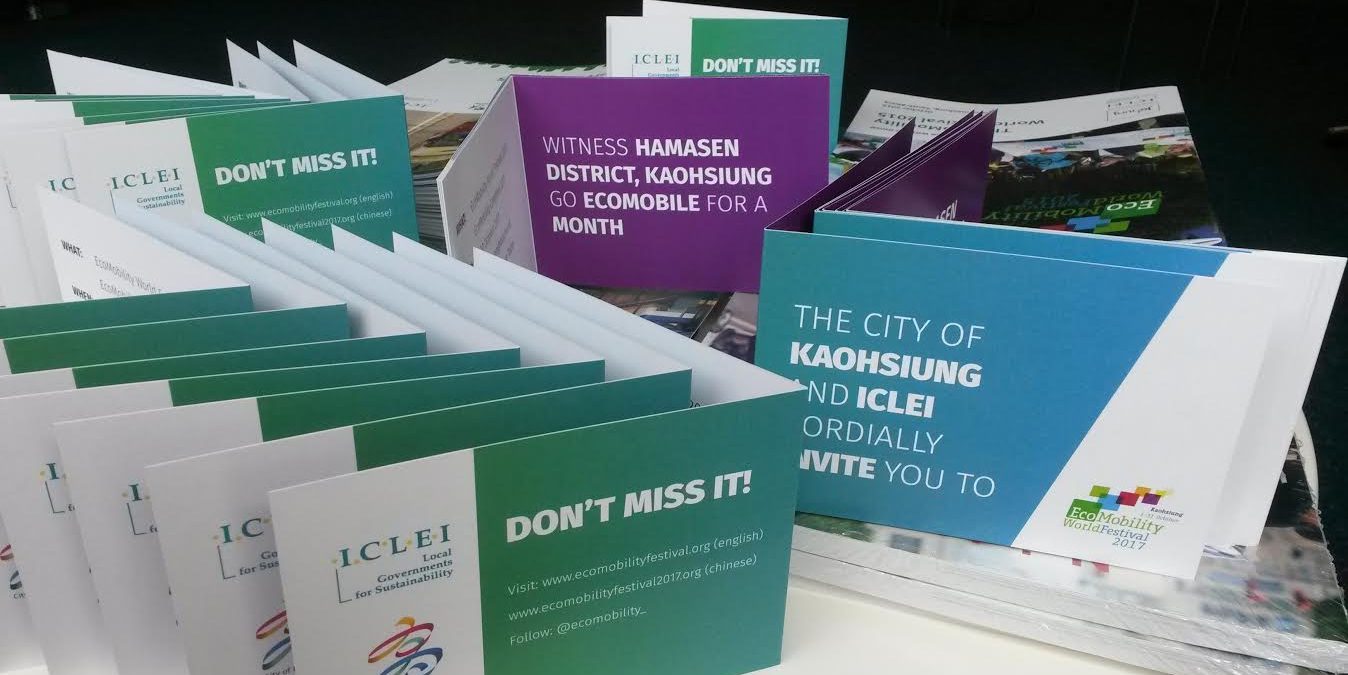 Save the date! October 2017 will be the next EcoMobility World Festival in Kaohsiung. The city of Kaohsiung and ICLEI Local Governments for Sustainability cordially invite you to witness Hamasen District, Kaohsiung go ecomobile for a whole month. Don’t miss it!

EcoMobility World Festival 2015 Johannesburg October 2015, Johannesburg, South Africa
Through the 2015 Festival, the City of Johannesburg triggered a behavioural change from private car use towards EcoMobility and kick-started the process of decongesting Sandton, the main business district of South Africa. The city developed infrastructure to promote EcoMobility; publicized Johannesburg as a cycle-friendly city; showed that non-motorized and alternatively powered vehicles are valid means of mobility; increase the patronage of the Rea Vaya Bus Rapid Transport, Metrobus, and other forms of quality public transport; showed the benefits of reduced congestion and EcoMobility for productivity, quality of life, air quality, and emission standards; and promoted walking and cycling as part of a healthy and sustainable lifestyle.

EcoMobility World Festival 2013 Suwon September 2013, Suwon, South Korea
The EcoMobility World Festival 2013 was the world’s first monthlong presentation of an innovative and forward-thinking urban transportation culture. Instead of using private automobiles, residents in Suwon City used a combination of walking, cycling and public transport, as well as various other ecomobile modes for an entire month. The four-day EcoMobility 2013 Suwon Congress underscored EcoMobility as an active
concept – something to be developed, applied, and shared. The Festival presented a model for an ecomobile neighbourhood that can be adapted and replicated in cities worldwide. It illustrated the benefits of human-scaled transport systems and streets on the world stage, and its results will be reflected in Suwon’s future urban policy making.